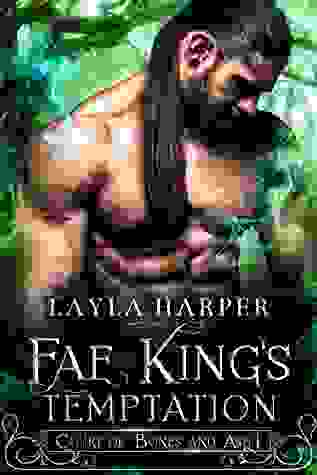 Something crashes against my back.

I stumble, flailing my arms in the air in a futile attempt to catch my balance. I hit the ground hard, landing on my left shoulder with a loud “oomph.” Groaning, I quickly roll onto my hands and knees and freeze.

Wait, are those masks?

Because if those aren’t masks over their heads, then three humanoid-looking men are staring at me through yellow eyes like I’m a dinner buffet on legs.

I scramble back, the heels of my shoes slipping against the damp earth. This has got to be a nightmare. I’m probably lying on campus, unconscious, having the nightmare of all nightmares. I pinch my arm. Wake up, Kyra. Fucking wake up, Kyra

The guy in the center steps forward aggressively, cocks his head, and then bares a row of nasty-looking pointed teeth.

“Nice costume,” I whimper. He’s short, about five feet tall to my five-eleven. “Look, if this is some kind of cosplay, I’m really sorry to interrupt.” I stand up and look over my shoulder before refocusing on the three gnarly dudes closing in on me. “I honestly have no idea how I got here.”

The guy to my left growls. Like a dog. Vibrations and all.

My eyes widen and sweep from the green guy on the far right to the growling dude on my left. What I see clashes with my take on reality. Green-skinned, dwarfy-looking people with really, really big ears and slightly hooked noses aren’t real. Not in America. Or Canada. Or wherever else I may have been transported in the short time I was unconscious.

The middle dude snaps out a clawed hand to grab me.

Adrenaline kicks in. I jump back, pivot, and bolt through the forest, running in the opposite direction of where my abductors originally left me. Three pairs of feet stomp behind me, edging closer and closer and closer…

The ground shakes. A rumbling roar echoes through the trees.

I don’t dare look back. I’m fast, but I’m already running at my top speed, and the green men are advancing. With my lungs bursting out of my chest, I start to worry that I might not outrun them. If I were the praying type, now would be a good time to belt out a couple of novenas. But God’s never been my friend, not when I was small and alone, and certainly not now when I’m grown and capable.

The thought vanishes from my head when a herd of giant beasts explodes through the tree line. A scream locks in my throat. I skid and whip around, but the dwarfy guys are at my heels. I decide to sprint left, but a giant wolf appears out of nowhere, slobber dripping from its sharp teeth. Two, three, four… I count eight massive wolflike creatures, each carrying giant, pointy-eared riders.

I stare open-mouthed for what feels like an eternity.

One of the giants roars and waves a sword in the air, then jumps off his mount. He swaggers in my direction while shooting a death glare at the growling dwarfy-dudes, who are brandishing their own weapons.

And what do I do?

I laugh. I mean, what else is a girl supposed to do amid the craziest nightmare known to man? Because the reality is, if I’m truly awake and this isn’t a dream, then I’m about to die. If not at the hands of the green men behind me, then undeniably by the gargantuan warriors front and center. Or their beasts. My only other option is to run, and let’s face it, in this cold, it’s only a matter of time before I succumb to hypothermia. Which leaves me with crazy giggles over death for the win, please.

The other giants hop off their enormous, yellow-eyed mounts and unsheathe humongous swords. Several of the beasts stretch their massive bodies. A few shake out their fur, the gray pelt appearing soft to the touch. The seven-foot giant sauntering over to me snaps his teeth, wrenching my attention away from the monsters to the behemoth prowling toward me.

I jerk and take several steps back, craning my neck to get a good look at him. The other titans hang back, eyes peeled on the green men, and the man exuding authority and power from every pore of his body.

He must be their leader.

At five-eleven, I’m tall. But this guy? He’s got a good twelve inches over me. A broad, double-wide chest is hidden beneath a fur-lined cloak. I catch the glint of armor at his shoulders, a blue tunic over brown leather pants, and ropy forearms. Several sheaths are strapped to muscular thighs, and his boots almost reach his knees. I’d bet there isn’t an ounce of fat on his powerful body. My gaze slides up to the long black hair pulled away from his face, tied at the back of his head, reminiscent of the Viking hairstyles of old. Braids fall along the sides of his face, revealing long, pointy ears. They’re not as long or as wide as the dwarfy guys, but still inhuman.

My mouth dries. I’m facing a black-haired Legolas on mega steroids. How hard did I hit my head?

Red-tinged eyes narrow and wipe the dopey smile off my face.

And not a man either.