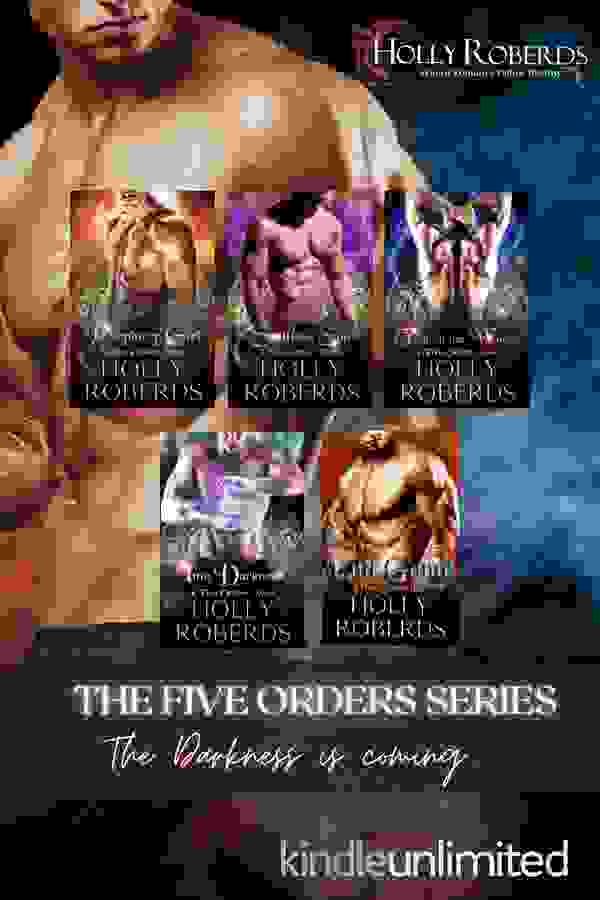 SC: I'm so happy that you decided to do this interview. You have such a fun group of readers, and I have to admit, your covers are more than a little eye catching. Tell us a little about yourself.

I started writing fanfiction in High School, fixing all the mistakes by television show writers who REFUSED to put my desired couples together or give them their happy moments. Buffy and Spike forever!

Then in college, I began writing snippets of a sci-fi romance story I dabbled with. Eventually, I realized I’d written half a book. So I just started telling people I was a writer. Everyone has seemed to buy it since…

When I’m not writing, I’m harassing my handsome, supportive husband, and chilling with our two surly house rabbits. I moved to New England right before Covid hit, so I didn’t have much of a chance to build a life out here, but I’m trying to get into witchy sh*t. I heard that’s what you do when you live in New England.

SC: Where does your inspiration come from in your books?

I found my dad’s original X-men comics and thusly grew up watching Jean Grey (Phoenix) and Cyclops fall in love, die, then come back to life for each other a dozen times. I couldn’t get enough of their death defying love story. I also adore Joss Whedon (creator of Buffy/Firefly/director of Avengers movies).

These have greatly influenced my writing style in that I also want to walk you to the edge of a cliff…then push you right off. I let you fall ten feet then yank you back into the safety of my arms. We have a laugh about how you almost died. You look down. Your friend is splatted at the bottom. He didn’t make it. I make a joke about that too, and we’re okay. You get your happy ending.

I crave magic, the supernatural, ass-kicking, and apocalyptic, end-of-the-world stakes, revolving around a romance that burns like a star.

SC: How many books have you written? Which is your favorite?

I recently completed The Five Orders series which is made up of 6 novels, 1 novella, and a smattering of short stories. The series features Calan, a magic warrior, and Emma, a truth seer. Since writing book one, I’d been anticipating the release of the last book in the series, End Game.

Writing the series was like constructing a giant mousetrap. I set up so many circumstances and easter eggs that get to be executed in the grand finale. When End Game came out, I got a lot of emotional reactions from my readers. Which made this book the best of all the books because I knew I’d successfully taken my readers on that rollercoaster before bringing them home.

Though I must say, Touch of Hell, the novel that features the sidekicks from The Five Orders series, holds a special place in my heart. Krystan and Travis are a couple of broken, hot messes, so smashing them against each other was wildly entertaining.

When you start the books, Emma and Calan (as well as the rest of the characters) are far from formed. I crave potential. Having these two learn in measured steps who they need to be separately and together felt like starting out with sweet batter and ending up with magnificent towers of decorated cake.


SC: Do you have a favorite character that you have written? If so, who? What makes them so special?


This is super weird for romance, but I couldn’t help but write the whole first book from Calan’s perspective. He was raised in a secret Temple and trained to be a magic, demon-fighting warrior. Calan’s transformation over the series is one of the most painful, in my opinion. Leaving everything he’s know behind, even for love, is challenging and he struggles to know if he’s taking the next right step. Emma and his love for her becomes his new guiding star.

Of course, there is also Snarp, who is the fan favorite. Snarp is a demon who is neutral evil. He starts out possessing a little old grandma and eventually ends up stuffed inside a parrot and will do anything for Twinkies. (No, I have no idea where that personality trait emerged from.) In order for Snarp to escape from the bird body and into a new body, his current body has to die, so Snarp is constantly try to commit birdicide. If he gets a different body he can eat allllll the snack cakes he wants. Good luck, birdbrain.

SC: What can we expect from you in the future?

I’m OBSESSED with the new series I’m writing! The male MC is death himself while the female protagonist is a newly turned vampire. Death is a workaholic who owns a luxury casino/hotel in Vegas, and suffers no fools. Our vampire heroine is gritty, irreverent, and will do anything to get a rise out of the overly controlling Death character. She didn’t ask for immortality, but she sure as hell ain’t gonna waste her time being sorry about it.Death and immortality are inherently not mixy things, so these two are going to deal with a lot of trouble to keep the world from being thrown into chaos. And then of course, they are going to end up rocking each other’s world in every possible manner. Where my steamy book lovers at?I’ve also had to reassure readers that it’s not truly the end of The Five Orders because there are characters from that world that still need their story told, so be on the lookout for those in the future.


SC: Can you share a brief excerpt from your novel?


While End Game is FULL of epic twists I can’t share, you can enjoy this lighter moment of Emma dealing with Snarp’s antics in the midst of trying to plan a wedding.
End Game by Holly Roberds

SC: What are the best ways to contact you, or find out more about your books?